Since Deshaun Watson arrived in Cleveland in March 2022, it has been a whirlwind. I have heard the terms: charges, proceedings, civil court, conduct policy, appeals, and settlements more than I ever have before.

Speaking of which, we now have a ruling by the NFL disciplinary officer, Judge Sue Robinson. On August 1st, 2022, Judge Robinson handed Watson a 6-game suspension. There are still appeals that could occur by the NFL or the NFL Players Association, NFLPA. The appeals must occur on or before August 4th, 2022. 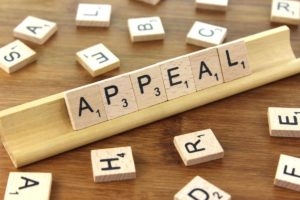 The NFLPA has said that it will not appeal the ruling and encourages the NFL to do the same. Some argue that due to the severity of the accusations logged against Watson, and negative attention brought to the NFL, that suspension is light.

Whereas others contend that since Watson was not charged criminally and has settled with 23 of his 24 accusers, the suspension could be too punitive. Proponents of this view will also cite the lack of punishment for NFL owners accused of similar controversies.

Was that punishment correct?

Some feel the punishment was too strong while others feel it was too light. Is this a Goldilocks situation where one porridge was too hot, one was too cold, and another was just right? Maybe.

As Judge Robinson was making a determination based on the NFL personal conduct policy, not against the law, there are many considerations. If I spout off on Twitter about a co-worker but don’t say anything illegal, that is not ok. If I embarrass my employer in some way, I would be having a nice, long discussion with my boss and most likely be disciplined. Similarly, Watson has had quite a few long conversations with the league office and now has received his suspension, pending further action. We won’t know the final landing spot until August 4th, 2022, when any potential appeals must be filed by. But it is getting clearer. What do you think of the 6 game suspension? Too much? Too little? Just right? Tell us below and as always keep it civil folks.