Predicting the season outcomes for NFL teams in notoriously difficult. Remember the 2019 Browns? That team had a ton of somewhat understandable hype around it, they had just acquired Odell Beckham Jr. and the oddsmakers gave the Browns the 5th best odds to make the Super Bowl. 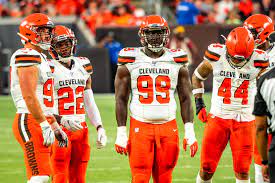 However, some highlights from that season included:

Yeah, that 2019 team was supposed to go places. It went places alright. I’m still recovering from the nightmares. 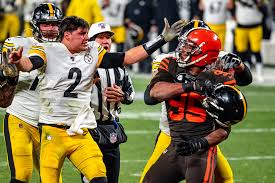 Clearly, season predictions are somewhat of a fool’s errand, but I am just enough a fool to give it a go. In the case of the Cleveland Browns 2022 season, there are still unknowns, namely exactly what the final discipline decision will be for Deshaun Watson.

In the 2010 World Cup, Paul the Octopus correctly predicted the outcomes of 8 different matches. Yes, an actual octopus. Paul has since passed away, but his legacy lives on via my prediction for the Cleveland Browns 2022 season. Disclaimer: I really am probably no more accurate than Paul the aquatic creature, but alas, here it goes.

To make this prediction about the upcoming season, a few points of clarification. The final outcome of the Deshaun Watson is the biggest factor in my prediction. Currently, the suspension is set for 6 games, but the NFL still has till August 4th, 2022 to appeal.

This season prediction is based off my gut feeling. Ironically, I have tried to swear off gut feelings ever since I started working at a sports data collection company which essentially spits in the face of gut feelings and instead relies on analytics. Oh, and who could forget former Browns head coach Butch Davis’ gut feeling on starting Kelly Holcomb at quarterback over Tim Couch, but that’s another story for another day. 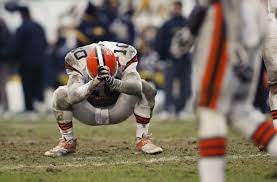 If Watson’s 6-game suspension holds, I think the Browns will go 3-3 during that period. Of course, the amount of Watson’s possible punishment will greatly affect the first almost half of the season, but 3-3 just sounds right to me. I looked at the final 11 games and assuming that Watson will be there for those games, it feels like the Browns will go 6-5 over that stretch. Which would mean a 9-8 record. 9-8 is not my prediction though.

But, but, but, based on your ‘sort of data-driven’ approach to the prediction, shouldn’t your prediction be 9-8? No, it isn’t. When I look at the Browns roster which contains Myles Garrett, Jadeveon Clowney, Jeremiah Owusu-Koramoah, Nick Chubb, Kareem Hunt, Amari Cooper and some version of Deshaun Watson, I can’t help but shake this feeling that they are better than a 9-8 season. As a bonus, I do think head coach Kevin Stefanski is a good coach, but he needs to prove it this year.

Ok, so what is my prediction? I can’t exactly quantify it, but it just feels like this is a 10-win team. So, 10-7 is my prediction. I am thinking the Browns will split their 2 games with the Bengals; however, the Browns beat them both times last year. Or when the Browns play the Patriots, will they be looking to avenge that embarrassing 45-7 loss to them from last year and find a way to win?

At the end of the day, this is a prediction. All of Cleveland is working with incomplete information, a no-no in the data analytics world. If in the movie Moneyball, they only had data from some of the teams/players in Major League Baseball, the chances of them duplicating their success would have been much lower. Similarly, we need the data, we need the final ruling on Deshaun Watson’s future.

We love our Browns, and we love to consider how they will do. Please tell me your prediction for the season in the comments below. I mean, like seriously, please tell me because I am going in kind of blind here. Stay strong Browns nation.