Per NBA reporter, Adrian Wojnarowski, the Cleveland Cavaliers sent Lauri Markkanen, Ochai Agbaji, Collin Sexton, 3 first round draft picks, and 2 draft pick swaps to the Utah Jazz for Donovan Mitchell. A steep price. The Cavs have done a great job building through the draft in recent years. Drafting players such as Sexton, Garland, and Mobley have been keys to their recent improvement.

What the Cavs gave up

With Collin Sexton’s injury last year, you wonder if the Cavs decided now was the time to their previous risk-reward mantra. Seemingly, the Cavaliers realized that while they had many solid pieces, they still needed more game-changing talent, which Mitchell should bring.

As I watched the Cavs last year, I really started to like Laurie Markkanen’s game. The Finnish forward’s 6’11” frame was very important in Cleveland’s 2021-2022 season success. The stingy Cavs defense will miss Markkanen this upcoming year, he was no offensive slouch either. I will miss him too and wish him the best.

Collin Sexton, nicknamed the ‘Young Bull’, was an equally valuable piece to this trade. His subsequent signing of a long-term deal with the Jazz (4 years for $72 million) appears to be the cornerstone of the swap. While I don’t think the Cavs disliked Sexton, his injury paved the way for Darius Garland’s breakout season in 2022. Strangely, while Sexton will be missed, the fact he only played 11 games in the 21-22 season, almost made him more expendable, despite being so talented.

Collin Sexton on the left

The final player in the deal was Ochai Agbaji. Agbaji was drafted by the Cavaliers in the most recent draft. Thus, he never played for the Cavs. While I don’t have anything against Agbaji, I also don’t see him as a future superstar either. It’s simply a case of the NBA being by far the most talented basketball league in the world and while Agbaji could have a long career, I would be surprised if he is an All-Star. 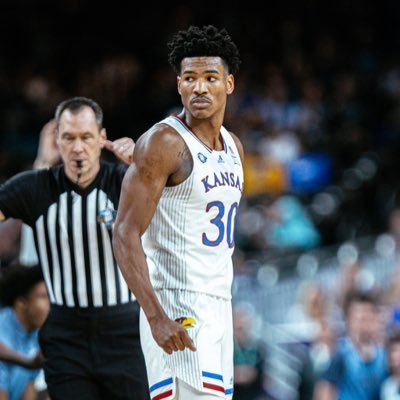 The other aspect of the trade was 3 first round picks and 2 pick swaps with Utah. These selections could turn into some really great players for the Jazz. Or, they could be decent players. Or they could be disappointments. The fickle nature of the NBA draft could torment the Jazz or could yield great results.

I think this is a classic “a bird in the hand, is worth two in the bush” scenario. My wife routinely makes fun of me for that saying FYI. But I do think it is quite appropriate for this situation as the “bird in the hand” is 3-time All Star, Donovan Mitchell. The “two in the bush” represent the unknown abilities of the future draft picks. 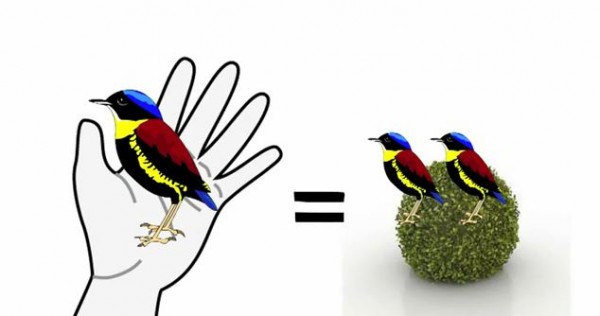 A bird in the hand is worth 2 in the bush or whatever.

I think Mitchell has the potential to be fantastic in Cleveland. Potential. A lot has to happen for him to thrive but I think the ingredients are in place. With Mitchell, the Cavs can field a starting 5 that is very strong. They may even be be favored to make a deep playoff run this year. 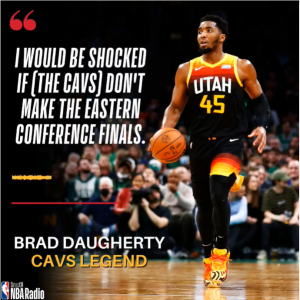 In addition to overall roster strength, the Cavs boast positional options and variety. If Cleveland wants to go defensive, they could play Isaac Okoro at small forward or guard. Similarly, if they decide to go big, they could focus on simultaneously playing Evan Mobley, Kevin Love, and Jared Allen. After all, Under Armour taught us that “we must protect this house!”

If it is a night where more offense is needed, a line up containing Garland, Mitchell, and Caris Levert would seem very effective. It’s hard not to salivate at all the options available to Cavs head coach J.B Bickerstaff.

I can’t wait for the Cavs first regular season game on October 19th against the Raptors. I think the Cleveland Cavaliers organizations feels the same way. The Cavs saw their post season belief crumble last year as Darius Garland seemed to tire after carrying so much of the load. Now, he has help in the form of Donovan Mitchell, nicknamed “Spida.”

This trade has me thinking the Cavs have “burned the boats.” Cambridge Dictionary defines burn the boats as: “If you are in a situation and you burn your boats/bridges, you destroy all possible ways of going back to that situation.” Indeed. See you later draft picks, Sexton, Markkanen, Agbaji.

The Cavs are all in on winning now and the question now is, will this trade pay off? I feel it will but am curious to see your thoughts. Leave us a comment on whether you think this was the right move for the Cavs and as always, keep it respectful! Go Cavs!